As some of you may know, I have a little home based business ‘Eardrops’ where I make and sell cool sounds stories for preschoolers. Every now and then (like once a year) when something really exciting happens like Emilywrites review of my CDs (woohoo!) I spend $30 on Facebook running a little ad campaign.

This weekend was one of those times. I created a little ad (had to redo it several times, because Facebook has very strict rules about 20% text in your ad, and my CD covers have more than that, so my ads kept getting ‘not approved’) and then I organised to run it for 3 days, which would cost me $10 per day. Finally I had an ad approved. Hooray! Up and running.

Every minute or so the ads alongside my news feed updated. And I kept seeing my own ad lined up against my posts talking about my own ad. So I started taking screenshots. 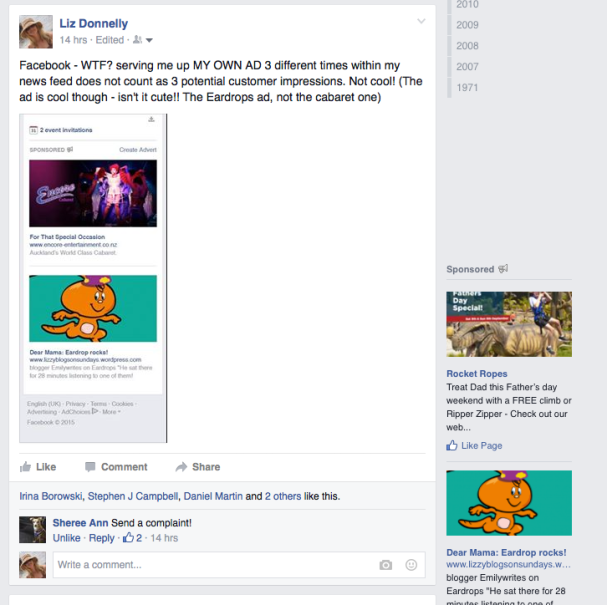 second post: here it is buried within my news feed ‘sponsored’ allegedly… 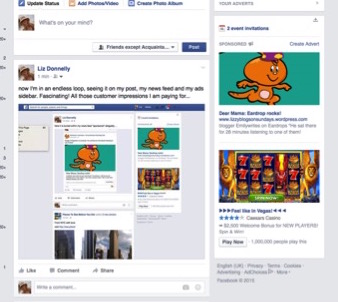 third: and now I’m in an endless loop, seeing it on my post, my news feed and my ads sidebar. Fascinating!

5 little bunnies: round and round we go! 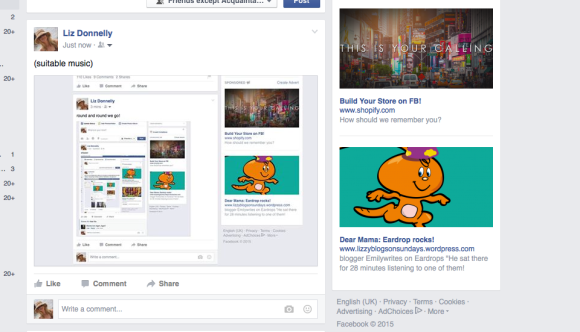 and finally, 7 & 8 together: maybe one more. The ad just keeps appearing. Maybe its being live monitored and the Facebook team is having a laugh

So far, I have not received any replies from attempts to remedy this infinite loop with Facebook HQ 😉