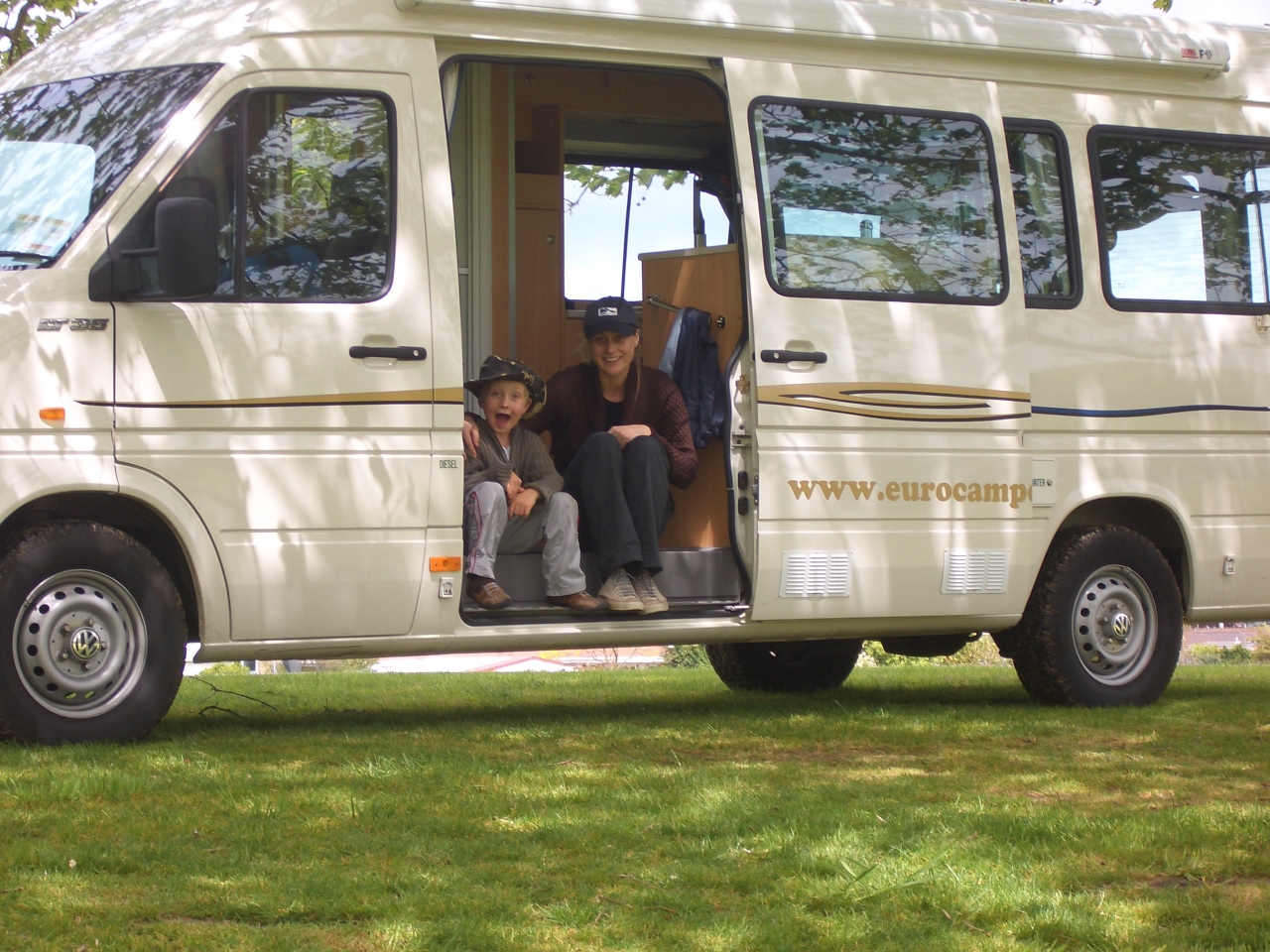 You know those times where even the best laid plans turn to custard…?! Here’s a microstory about one such weekend.

All you need to remember is that there were three people involved:

The plan was action packed but technically achievable. Here’s how it looked:

The Friday plan:
3pm F school pickup LM, M leave work early to pick up campervan. All three meet back at the house at 4pm (F to pack between 3.20 and 4pm).
F and M execute elaborately planned joke on LM by loading car and travelling to end of driveway, to a grand reveal of campervan (genius!)
Pack campervan using bags, etc already packed in car (shouldn’t take long).
F rides scooter to parent’s place (for storage in garage) M & LM drive behind in campervan, waving.
All three voyage from parent’s place to destination one hour north of city for relaxing dinner, evening and early night by the sea.
The Saturday plan:
All awaken to birdsong and bright new Saturday. Enjoy refreshing and invigorating morning bonding at the beach and quietly voyage back to city to party #1 (pirate theme) at 2pm.
Enjoy party #1 till 4pm.
Head home and all three costume up for (50s theme) party #2 (LM dinner and shower here as contingency for late supper at party).
Voyage 45 minutes West to party #2.
Enjoy party #2.
Sleep in campervan in quiet spot near party #2.

The Sunday plan:
Awaken early and voyage 2 hours south to where M running half marathon at 9.30am (this was the original reason for campervan weekend plan, prior to party invitations arriving).
M smashes personal best in half marathon.
All three voyage happily back home having had wonderful weekend in good time to prepare for week ahead (early nights, healthy slow cooked dinner, etc).

Here’s how things actually panned out…

Friday (actual):
3pm F school pickup LM. On way to school pickup realised hadn’t prepared ‘plate’ for 50s party (#2) and didn’t want to be rushing Saturday after party #1 so decided to pop into store to pickup necessary ingredients for ‘Milkbar’ (clever 50s idea! Milkshakes!) Had bought sushi for LM’s afternoon tea so he would be fine with a half hour delay, and anyway, packing for one night away never takes long.
Store quite busy so hit a bit of traffic and actual arrival home 4.09pm. That was fine as F knew M wouldn’t make 4pm as planned (work phone calls generally delay him a half hour minimum). LM a bit fed up, but in overall good spirits, just regular Friday afternoon tiredness.
4.15pm M arrives and packs car. LM quite cranky with continuing suspense about ‘where we were going’.
4.35pm all three travel down driveway – joke executed perfectly with LM’s mood turning from grey to bright blue in seconds. campervan is parked at end of driveway, and is a Volkswagon bursting with adventure.
4.36pm packing recommences. Excited LM opening all the cupboards in the campervan, which make a loud sound when they close. F drives car back up driveway and suits up for scooter.
5pm F rides scooter down driveway, waits a moment, then beeps as zips fabulously up the road. campervan pulls out adventurously behind, LM and M waving. F turns left at top of road and heads to parent’s garage. Doesn’t see campervan again entire scooter journey.
5.25pm F struck a bit of rain and traffic on the way but safe arrival on scooter at parents. Cup of tea with parents.
5.45pm F hears beeping as campervan reversing up parent’s driveway. Much excitement about adventures in campervan ahead.
5.52pm all three drop into store to very quickly pick up pirate outfit for LM (party #1).
6.10pm store quite busy but successful purchases (along with pirate suit and present for party #1, F decided investment in milkshake maker was necessary for party #2). Decide to push on and have dinner near campsite as originally planned, even though is getting late for LM. Back in the campervan!
6.50 dinner by sea (well, parked at side of busy road near the sea, quite windy but all three relished ‘sea air’).
7.30pm arrive at sleeping spot.
8.15pm finally convince LM after long debate that his hammock bed is completely safe and that he won’t roll out.
9pm LM goes to sleep, hanging half out of hammock as has been hawklike watching campervan goings on with all effort, as suspected M & F were going to turn on TV.
9.01pm F & M go to sleep to sounds of camping arguing drunken teens hurling abuse and bottles at each other. 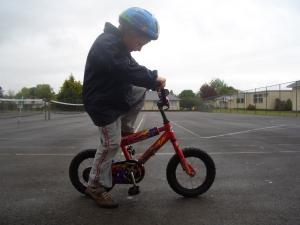 Saturday (actual):
6am F awakens to what looks like little head peeping out over hammock silhouetted in early morning light. Encompasses holiday spirit with cheery whispered ‘it’s not morning yet’. Realises little head is actually overhead light and that LM still slumbers peacefully. Goes back to sleep.
6.10am little head peeps over hammock. F awakes again with a jump. Stares at cute LM. LM tells her he needs the loo. F stands up cracks head and strains back getting LM out of hammock trying to be quiet. Organises loo adventure. LM wide awake now and puts on pirate outfit. Swords can make quite a racket in a campervan.
6.30am M & F send LM to ride round in circles on little bike. A blessed new skill. LM has adventures on bike. F& M decide to embrace day. M has first shower ‘great and scalding hot’. F, never that good first thing in the morning sighs relief at this news. Shower cubicle is tiny. Water comes out hot. Aaah. Shampoos hair. Strangley, water starts pulsing and is now freezing. F ‘informs’ M. M realises campervan is out of water. F rinses hair in last of pulsating freezing water. LM re-enters campervan with cold feet (pirates don’t wear shoes).
7am with only three campervans in an area reserved for hundreds, couple in huge one pull up and park one metre away. F, never that good first thing in the morning, insists that M move the campervan away from the intruders. M reverses to next spot under direction from F, avoiding large pohutukawa branch overhead by slamming on brakes.
7.20am LM, M & F sit down in campervan to breakfast. Bus arrives and pulls up beside them. Random guy hops out, checks where bus is parked ‘yep she’s right’ driver stops bus. About 40 members of a chattering family get off bus and literally two metres from campervan unload picnic / fun activities / children. LM waves to a few children. F contemplates taking all clothes off to make point about personal space.
8am LM not interested in more circles on bike, heads to sand nearby with sword to fight imaginary foes.
9am M, F & LM walk to beach and enjoy refreshing (rainy) and invigorating (cold) bonding session walking around the rocks. LM quite concerned after reading ‘falling rocks’ sign continuously looking up to ensure all three are safe.
10am F gets bored with long competitive debate between M & LM about how they never fall over whilst walking around rocks.
11am LM falls three times in a row. M seems slightly smug. All three head to campervan, F & M desperate for double shot flat whites.
11.45am coffee en route back to city. Fantastic.
1pm LM falls asleep in campervan after long ‘debate’ about why TV is unnecessary whilst on relaxing weekend break.
2pm M decides to hire costume for party #2 and drops LM (pirated up) and F off at party #1. Party #1 is great, with lots of LM’s and LF’s in pirate gear. LM pleased with party games and food. M arrives back at party triumphant with 50s ‘teddy boy’ costume.
4pm party #1 over. A great success. LM at sugary limit before explosion. F decides to hire costume as well so all three take detour in campervan to costume hire store. There is still plenty of time, although less than originally planned as need to get to party #2 early to set up milkbar.
4.20pm a checkout girl costume to go with milkbar persona. genius! M has glint in eye.
4.45pm all three head home excitedly. Pull up in campervan. F realises keys left at parent’s house with scooter previous day. Mood in campervan slightly changes.
6.02pm keys retrieval mission successful. All three racing to get ready now for party #2. LM stubs toe and wastes precious time howling. Plan to set up early at party #2 revised. Band- aided LM discovers using gel to stick up hair is actually quite fun. Creates 50s mohawk.
7.15pm voyage 45 minutes West to party #2.
8pm party #2 brilliantly organised with fun guests, 50s traditional dances, supper, drinks, and hall design. Costumes and milkbar a great success, about 40 shakes given away (vanilla, chocolate and ‘choco-vanilla’). LM prefers skidding on powdered floor to dancing. 50s mohawk somehow survives.
10pm LM crashes in small heap after brilliant effort at staying up late.
midnight M reverses campervan to quiet corner of carpark. Sleep to sounds of party winding down.

Sunday (actual):
6am M and F awaken to sounds of church group setting up earnest Sunday. Half nude M arranging voyage to site of half marathon 2 hours south. F (never that good in the morning) offers to drive. M declines offer. F silently worships him, strains back and cracks head lifing LM down from hammock, straps on seatbelt.
6.30-8.30am F & LM sleep all way to site of half marathon. F wakes up as M reversing campervan into position near race start line.
9am M brings F coffee on way back from race registration. F silently adores M and the coffee. LM already out of campervan riding round in circles on bike (‘debated’ out of pirate costume due to rain and cold).
9.30am M powers off down street with other competitors. F & LM follow, LM on bike with raincoat on. F wishes she had hers.
10.30am F & LM return to campervan after invigorating long bike ride. LM very good at stopping on corners and waiting for F, although several heart stopping moments where it seemed he wouldn’t. F makes mental note to buy bike to ride alongside. Realises how much LM enjoys speeding, silently worries about teenage years to come. Buys second coffee and watches LM ride round in circles on fenced tennis courts.
11.00am F & LM head to marathon finish line. LM intends to ride supportively around field when M finishes and excitedly races up and down field to check where M is at. Along and back. Along and back. F in awe at LM’s energy levels. Considers third coffee but worries about getting the shakes so a no go.
11.15am M jogs around corner. LM screeches. Both complete a triumphant lap around the field. F’s heart breaks a little.
2pm M reverses campervan out of park. F cracks and says LM can watch DVD on way home, secretly hoping LM will fall asleep in process.
2.06pm F falls asleep.
4.20pm F wakes up as M reversing into driveway. Bright eyed LM is halfway through watching DVD for second time.
4.40pm Unpacking complete. M heads off to drop campervan back. LM in shower. F cooking dinner.
6pm All three reconvene over dinner and early nights. LM plans next campervan weekend. M & F fudge replies, but have to concede weekend an overall success … even without any relaxing. 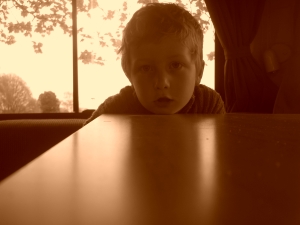